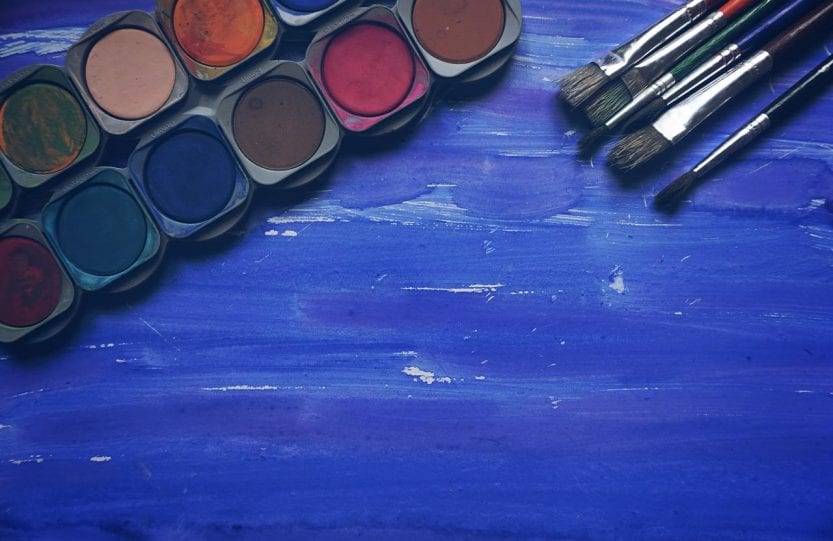 China is a country with a deep-rooted culture. With such a culture and a history dating back to ancient times, color plays a significant role in understanding culture and tradition in China. In China, color has been linked with symbolism and hidden meanings. Chinese people are proud of their rich heritage and in every custom, ceremony and ritual, color is very important to them. Most Eastern cultures as compared to Western ones lay emphasis on the role of color. As a result, in China, color is represented as having meaning on a different scale of power than in Western countries. You will find red, yellow, green, white, black and blue symbolism in this culture.

Several Chinese beliefs, most related to religion, are based on the influence of the Theory of the Five Elements. These five elements, namely, fire, water, wood, metal and air have many Chinese beliefs founded on them. Correspondingly, a different color matches each of these five elements. For instance, red is a force to reckon with and matches with fire. It is supposed to be associated with joy. Yellow stands for the earth and is an imperial color. Wood is related to blue symbolism in China.

The Chinese, since the ancients to the modern generations, make abundant use of color to symbolize many aspects of life. Each ancient Chinese dynasty owned its particular color and this was used in clothing (robes), in emblems, and in seals and the decor of residences. Colors, in Chinese tradition, are always depicted brashly and brightly. Combinations of the colors that the Chinese use are always contrasting and stand out as striking manifestations in art and costume. The color blue is often juxtaposed with rich purple, pure white, imperial yellow or dark red. Blue symbolism in Chinese art and culture is shown by darker and richer blue hues like cobalt blue.

In most Eastern civilizations, the blue pigment has been sourced laboriously through the ages. Indigo blue, used in China, was sourced from the indigo plant. The process of removal of the dye from the plant and finishing it to form a pigment, was long and arduous. A more common blue pigment, the one that we see mixed with white on typical Chinese crockery, is cobalt blue. This was used extensively in China. The mineral was, interestingly, first brought from Persia, a country with rich natural mineral cobalt, as early as the 12th century. China, nonetheless, discovered its own source of cobalt for its ceramic ware.

Blue symbolism in Chinese culture is synonymous with its tableware. By the 14th century, Chinese potters were exporting pottery to many parts of the world. At the Imperial court of China, pottery was meant to imbibe only these two colors. Cobalt motifs were always painted against a white background. Later, ceramic was considered less exclusive, although beautiful artwork exists on it still, and porcelain was used as the material to be painted on.

In clothing, too, you can see blue motifs of a brighter nature in traditional clothes. Although modern Chinese people prefer to wear contemporary clothes that are suited to trends of the day, the traditional Cheongsam for men and Chipau for women, were made in brighter blue shades. As with the typical beliefs of the rest of the world, the Chinese, too, believe that the color blue signifies truth, peace and oneness with nature. Younger folks will choose showy blue colors, while the elderly will select more austere darker blue hues, keeping blue symbolism alive in China, yet dressing age appropriately.

Certain shades of the blue color palette have been used to denote or symbolize certain practice in Chinese society. For instance, one of the early examples of blue symbolism was seen in “Dai”. This was a very dark blue pigment, almost black, that women painted their eyebrows with in ancient times. The color was often used to describe beautiful mountain scenery in Chinese writing.

Cobalt was a rich blue hue that was used to make motifs on crockery. Cyan blue was also used, though of a darker shade. Sometimes this was mixed with a light green to make a color called “Crab Shell Cyan” for pottery paintings. The shade is also used in Chinese fine art.

Cyan blue, with green undertones, is considered a lucky color in Chinese history. The color blue is associated with the element of wood, representing hope and honor. Mythological stories that come from China tell of a dragon of this very color. The Cyan Dragon was the caretaker of spring, nature and wood, a vital element. The color became so important that only nobility were meant to wear it.

Emperor Qin Shi Huang, ruler of the Qin Dynasty (221 B.C. – 207 B.C.), permitted only senior officials to wear robes of cyan. In the Han Dynasty, officers wore cyan blue robes in the season of spring, and the gates of the capital of the Han Empire were painted in cyan blue. In the Qing Dynasty, the color was revived and blue symbolism gained eminence. All officers donned cyan blue-green robes.

Cyan was regarded as the color of nature. Picturesque landscapes with lakes and mountains are depicted in cyan, in ancient art. Chinese emperor Zhao Ji of the Song Dynasty was a patron of the arts. He prized cyan colored porcelain. He had a new cyan-based shade invented, calling it “Clear Sky After Rain”.

Chinese religion has its basis in an ancient religion with mythology as its foundation. Taoism is the name of it. The religion, important even now, respected the philosophy of Lao Zi, as a saint and God. Taoism has been a presence in almost every Chinese person’s daily life. It’s principles aim to understand the laws of nature, even by means of science. Taoism aims to live in the present, yet achieve immortality. Taoist priests wear cyan blue robes, showing blue symbolism in religious aspects of Chinese culture.

Buddhism is China’s oldest practiced religion of import. When it was brought into China, the teachings of Buddhism and Taoism converged. The philosophy of ancient Hindu Buddhism, is based on the principles of the Buddha, and ways to achieve Enlightenment. The kind of Buddhism practiced in China today, is Mahayana Buddhism. This combines Taoism and Buddhism.

Chinese revere the Blue Buddha, the ultimate connotation of blue symbolism in Buddhism. Effigies are made of bronze gilt and blue pigment from Lapis Lazuli, a semiprecious blue gem material. The gem itself, because it’s blue, is a metaphor for purity and calm. Chinese, like all peoples of the world, have the utmost respect for this and worship it completely.

Chinese Blue at its Best

Porcelain, to the Chinese, is a material of the highest quality. During the Tang Dynasty (618 – 907), blue gained distinctive relevance. The singular hue in blue and white glazed pottery and porcelain is sourced from the ores of cobalt. At the time, this wasn’t freely available, and the Chinese moved heaven and earth to obtain it. It was used sparsely, every last drop of pigment saved.

Specifically, in the Yuan (1279-1368), Ming (1368-1644) and Qing (1644-1911), ranges of the cobalt pigment were used. How it was applied told a lot about the special features of the shades of blue. In Chinese culture, crockery and artifacts, mainly vases, are the distinguished signs of blue symbolism. There is evidence to show that cobalt ores were used in ancient China primarily for making glass ware. This was as early as 221 B.C.

With the establishment of the Silk Route, China began to import cobalt ore and applied it with glaze that had a lead base. In the Mongol reign in China, under the Yuan rulers, the use of blue in making intricate designs on ceramic saw its peak. Richer blues were made, and the color was used as a background in plates and vases. Mongols depicted their mythical “blue wolf” and red dragons and blue symbolism in art was a force to contend with.

The unique hazier blue shade used in Yuan pottery, with crimson dragon art portrayed, was reserved for diplomatic gifts. This pigment was glazed with iron and yielded a dark blue spotted glaze. Powder blue, as a monochrome color, was often used to paint bowls and wares used at home.

By 1368, the import of cobalt ore into China saw a short halt. This was largely due to several foreign restrictions on free trade. The Chinese didn’t have a choice but to mine cobalt ore locally. This ore, with a high degree of manganese, brought forth a different blue hue. The color was a softer, paler blue and became highly sought-after between the 1400s and 1500s.

The pinnacle of blue symbolism in Chinese art came when local and imported blue pigments were mixed. As the Chinese gained confidence in mining their own cobalt, they discovered cobalt ore from the Jiangxi province. They called the pigment from this ore “mineral blue”. The color was a lead blue, dull. When blended with “mineral blue” from Central Asia, the new pigment was an attractive and striking rich bluish-purple. The vividness of the novel hue was unmatched. When painted on ceramic or porcelain, it had silver undertones. You could minimize this by reducing the amount of mineral blue.